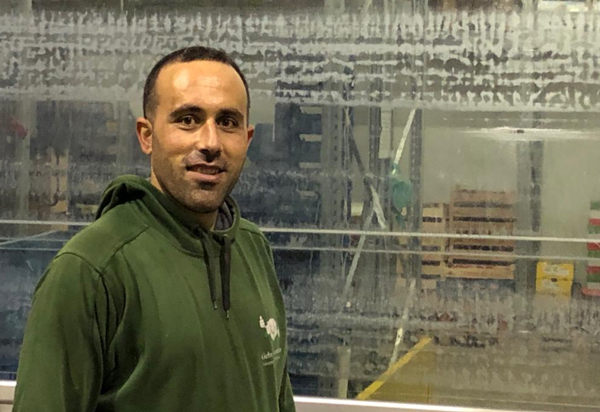 Fouad Aldrees was born in Syria. At the age of 18, he started a degree in University Business Administration in Aleppo. After that, he worked at a restaurant for 5 years. After the restaurant got bombed, he started a minimarket. Due to the bad circumstances in Syria, Fouad had to close the minimarket and had to go to Turkey, but, since the working conditions were bad, he decided to come to Europe. After one year and four months, his wife and children also moved. He started working as an intern on Gebroeders Vercammen in 2016 and he is now a technician. It went very well and Evi offered him a fulltime job, which he accepted with open arms. He is partly responsible for the daily operation working on the company.