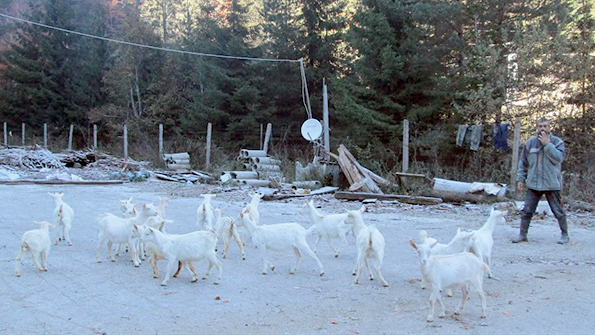 As we like to reiterate in the eTOMATO project, to the idea of Multifunctionality one can link the concepts of Social Farming. This article presents a Bulgarian example on this.

“Gerzovitsa” is the name of the area where the prison and the prisoners’ farm are located in Smolyan, a region presenting an altitude of 1400 meters. Animals are raised in open fields and are fed with grass which have not been fertilized with chemicals. The area is distanced by urban settings by at least 15-20 kilometers, and a distance of at least 100 km separates the prison’s farm from industries and factories. Twice a month, the Food Agency checks the performance of fresh milk and all dairy products realized in the premises. The farm has in fact decided to sell milk after an agreement of keeping such price very low. Prisoners take care of a total of 50 cows, 43 goats and nearly 100 sheep from whose milk they make their produce. The farm focuses on the breed of Rhodope bovine which is under protection and for which it receives good subsidies.
The Prison Dairy farm possesses all the necessary licenses for the production and sale of yoghurt and cheese. A modern production plant has been recently built to the creation of cheeses free from lactose, palm malt, stabilizers and preservatives, and yoghurt made of 100% milk. Furthermore, the choice has been made of not adding additives widely used in modern dairy industry such as starch, dry milk, and vegetable oils. 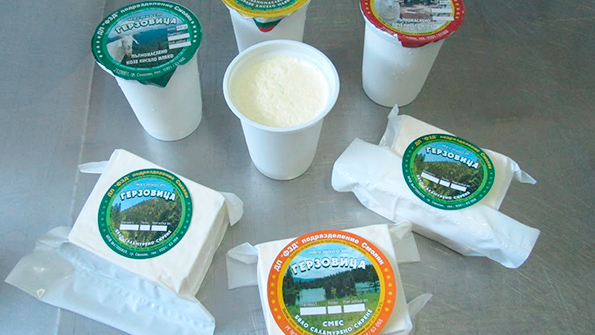 Every prisoner who is willing to work in the dairy undergoes a training course regarding dairy production, under the guidance of the experienced technologist Stanko Gadzhev, who has graduated from the University of Food Technologies in Plovdiv. An exam of the prisoners is then held and the eight most knowledgeable and capable are chosen. The selected workers undergo a health check and behavioral control that ends with a psychological profile, which includes the following: a desire to work with animals; skills for working with animals; possibility for work on an external project. The prisoners take care of the animals’ feeding, grazing, cleaning, and all activities related to raise a good livestock.Farming and dairy work creates working habits for prisoners while studying a new interesting craft. Workers prisoners receive monthly remuneration and every two working days are counted as three days of the verdict. Despite the frequent staff shift due to the expiration of convictions, the farm is organized as to maintain the range and quantity of production. For now it has realized its production in three districts – Smolyan, Plovdiv and Sofia. The dairy farm has a motto: “Who once tried was just asking for it.”